Cento et al. evaluated the diagnostic performance of a mycological stewardship protocol based on sequential, rapid beta-D-glucan (BDG) quantification using FUJIFILM Wako’s β-Glucan Test. BDG was measured twice per week in critical ill high-risk patients (n=170) with suspected clinical or radiological findings for invasive fungal infection (IFI). None of the patients with both measurements resulting in a not detectable level of BDG was diagnosed with a proven IFI. The authors concluded that FUJIFILM Wako’s β-Glucan Test is a very effective tool to exclude IFI in the examined high-risk patients.
Here you can download the poster (courtesy of Cento et al.).

De Carolis et al. investigated the performance of a turbidimetric BDG test (FUJIFILM Wako’s β-Glucan Test) in diagnosing IFI in 328 patients in comparison to a colorimetric method. The sensitivities in the patient groups with Candidiasis, Aspergillosis and Pneumocystis jirovecii pneumoniae (PJP) varied between 71.4% and 100%. By lowering the cutoff to 7 pg/mL the sensitivities increased to at least 83.3%. In conclusion, by lowering the cutoff to 7 pg/mL, the BDG test showed good performance, comparable to the colorimetric test. Furthermore, FUJIFILM Wako’s β-Glucan Test could be used even in laboratories with a reduced test volume due to its easy setup.
Here you can download the poster (courtesy of De Carolis et al.).

Lo Cascio et al. evaluated the diagnostic performance of FUJIFILM Wako’s β-Glucan Test in comparison to another assay in the diagnosis of invasive Candidiasis. 176 patients were enrolled in total, 75 had a positive blood culture for Candida spp. Using a lower cutoff (4 pg/mL) for the FUJIFILM Wako test between both assays a concordance was observed in 87% of cases resulting in similar values for the sensitivity and specificity. In conclusion, the best performance of the FUJIFILM Wako test was measured at the lower cutoff of 4 pg/mL. Its simple procedure and single-tube packing make it a valuable tool for urgent test requests and for small hospitals with unskilled personnel.
Here you can download the poster (courtesy of Lo Cascio et al.).

Van der Bruggen et al. identified 120 patients who underwent a BAL procedure due to suspicion of PJP retrospectively. Serum samples obtained within ± 14 days of a BAL procedure were used for BDG measurements using FUJIFILM Wako’s β-Glucan Test. Median BDG values were higher in the 35 PJP cases compared to the 85 controls. ROC curve analysis showed an AUC value of 0.84 and identified an optimal cutoff of 5 pg/mL. The authors concluded that the FUJIFILM Wako’s β-Glucan Test shows a robust diagnostic accuracy in the detection of PJP and may be suitable as a rapid procedure in patients suspected of having PJP.
Here you can download the poster (courtesy of van der Bruggen et al.).

If you would like to learn more about FUJIFILM Wako's β-Glucan Test, please download the β-Glucan Test Flyer Here. 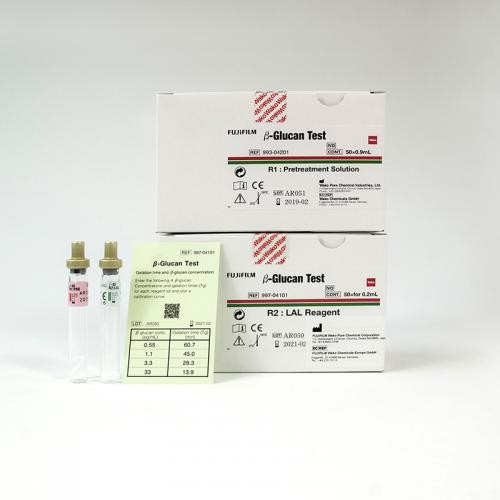 Beta-Glucan Test
The Toxinometer MT-6500 based β-Glucan Test is an  in vitro  diagnostic test for the quantitative determination of (1→3)-β-D-glucan in serum or plasma. The assay is based on LAL (Limulus Amebocyte lysate) cascade...
more details 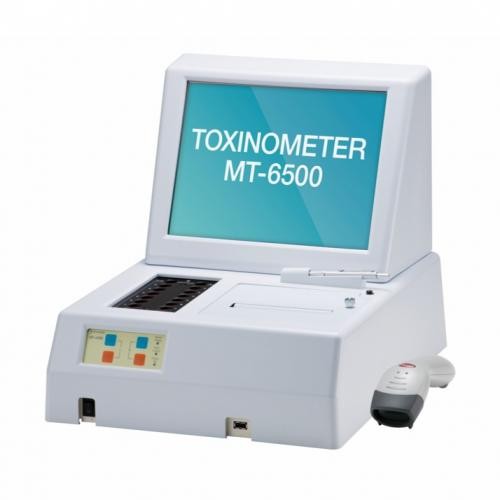 Toxinometer MT-6500
The Toxinometer MT-6500 and the related equipment are proprietary devices developed by FUJIFILM Wako Pure Chemical Corporation. These devices are used for the quantitative measurement of (1→3)-β-D-glucan by a kinetic...
more details

Subscribe to the free newsletter and ensure that you will no longer miss any offers or news of FUJIFILM Wako Chemicals Europe GmbH.